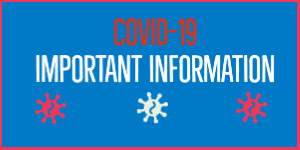 Paul D Ragland is an Executive Vice President with Millennium Bank in Ooltewah, TN.  His 26 year career in banking and IT began at First City Bank in Murfreesboro, TN, where he headed the ATM department and successfully assisted the bank’s migration from an outsourced to in-house data processing solution with Fi-Serv.  Following his tenure at First City Bank, he spent 4 years with BankPak, Inc. in McMinnville, TN where he served as Service Manager for banking equipment.  For the last 15 years, Paul has worked with Millennium Bank, beginning as the Data Processing Manager and moving up to IT and Operations Manager.

Paul has worked with the Jack Henry system for 17 years, and developed and conducted in-house training programs on Jack Henry systems, disaster recovery preparedness, AS400 security, ACH and remote deposit capture, and check processing.  He has attended various seminars and banking schools over the years, including Auditing for Community Banks, AS400 Operations and Security, TACHA seminars, Federal Reserve Bank training, Financial Managers Society seminars, and most recently SANS Security  Essentials training in preparation to sit for the GSEC certification.  He is a member of the Financial Security Association and the Jack Henry Smoky Mountain Users Group.  He also served on the TACHA Board of Directors in 2014.

We are here for you!
Services can be performed
remotely for 2020!
Risk & Compliance Services
Spots are Filling Quickly!
Ask about our new Real-Time Payments
Audit, new for 2020!
Learn More